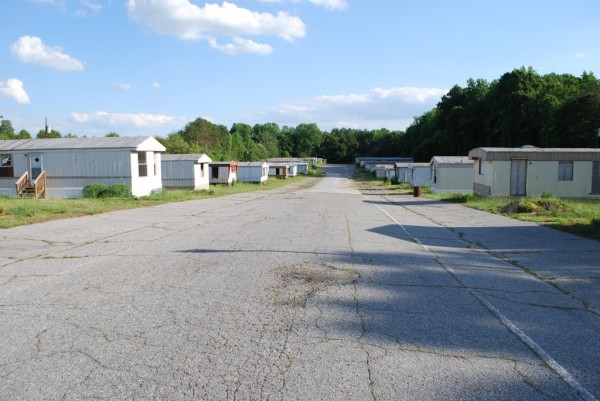 The true story of the Sunset Edge location and the reasons why the trailer park fell into disrepair became a never-ending source of curiosity for the cast and crew. Every neighbor on the adjacent street offered a different reason for its creepy demise and locating the owners of the abandoned park proved something of a ghost hunt. When we finally made contact with the ornery proprietor, our request seemed nothing short of a “shot in hell”. The landowner seemed to doubt our goals, and hoped to derail them by setting a large fee and looming deadline. “Gonna demo the whole place in a matter of months”, he told me between spits of tobacco. His terms were ridiculous, and to his shock, we agreed to them on the spot. For us this graveyard of destroyed shelters gleamed like a Hollywood star and she proved to be our wisest investment!

A few days after we wrapped the production, bulldozers arrived en masse. Now the only thing left on the road, are the weeds in its cracks. 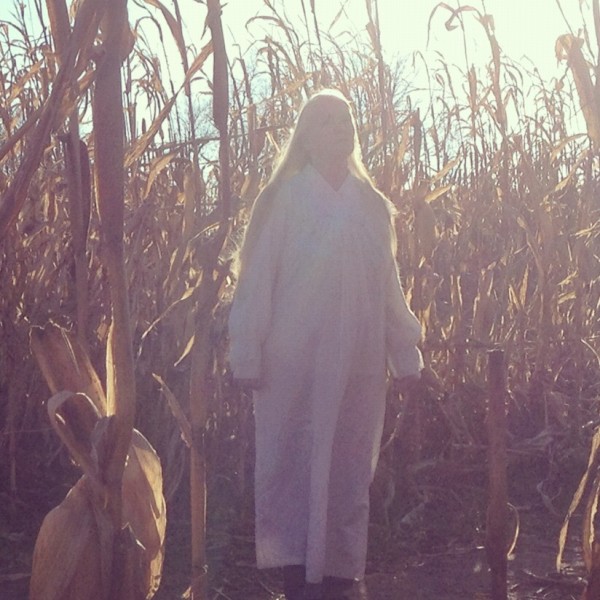 After an exhaustive casting process for Dora May Moon, the white-haired vixen and fabled “Last Tenant of Sunset Edge”, the character was to be axed from the script. It seems I had forgotten Southern women of a certain age prefer a coiffure of the lavender variety. The night before commencing to shoot I was heading home to write Dora out of the story and stopped into a grocery store in my home town, a place I had not set foot in since I was ten years old. Lo and behold, in front of me on line at the cash register was a woman with silky silver hair reaching down her back! Trying to contain my excitement, I introduced myself to this complete stranger. As fate would dictate, Ms. Liliane Gillenwater was a French woman in her seventies who had lived in Winston-Salem, NC for many years since marrying an American soldier. Having often worked in Paris myself, we quickly enjoyed common ground and soon I had talked Liliane into taking on the role! The next morning the shoot proceeded as planned with Liliane playing Dora, the mysterious matriarch of the abandoned trailer park. Liliane was anything but frail. We traipsed her through the woods in icy weather, perched her in broken windows eager to slice, and even had her hovering over the smelly remains of a very dead cat. She had to scream, sing, be spooky and “hold perfectly still”. She never once winced or even complained. Near the end of the shoot she finally asked, “Am I going to be the scary old witch?” “No!” I assured her; “you will be on film what you are in person, beautiful!”

This was a promise that proved easy to keep! 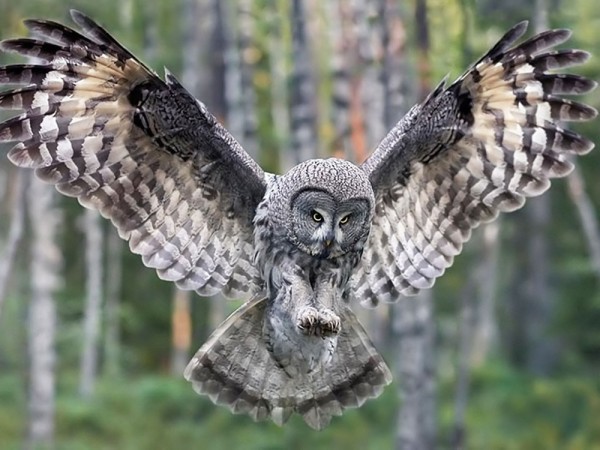 Coincidence is a recurring theme in Southern Gothic stories and such was also the case while filming Sunset Edge.

An Owl appears in the script as a threshold sound marker when the characters pass from the eerie abandoned trailer park into its surrounding woods just as the gloaming descends. Considering our budget, we realized we would not be able to hire an owl and its accompanying wrangler. Such is the reality of the micro-budget! Yet after apparently watching the cast and crew from the surrounding woods, a wild Owl decided to audition and revealed itself by flying over the set and landing right in our shot! This happened several times while shooting and since we were utilizing “run and gun” techniques, our crew would stop whatever we were doing to “get the Owl”. The resulting cameos remind me of the strange uncanny magic that descended upon our little production. It felt as if the universe itself was conspiring to help us make this movie and I can only hope a similar sorcery will help the finished film find its audience.